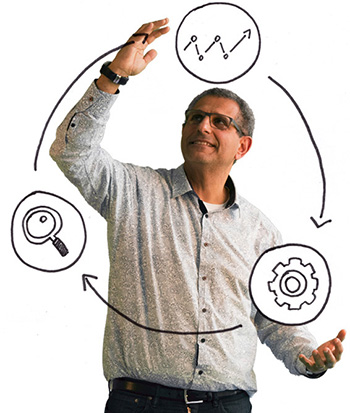 Wagdy Samir is co-founder and Chief Executive Officer of Klarrio Asia Pacific (APAC). He specialises in helping organisations to digitally transform their businesses through the strategic use of real-time, event-driven data.

Wagdy is also responsible for the overall growth of Klarrio in the APAC region, as well as assisting the global CEO with the organisation’s worldwide expansion strategy. Throughout his career, Wagdy has helped organisations empower their businesses by translating technology solutions into scalable and results-driven business architectures.

A senior executive with over 25 years of experience with leading technology companies, Wagdy has worked with some of the world’s top multinationals including IBM, Alcatel-Lucent, Cisco and Technicolor throughout Australia, Asia Pacific, the US, and Europe. Wagdy holds a B.E. in Telecommunications (Hons), a PhD (Mathematics), and MBA (Dean’s List), all from the University of New South Wales, Sydney, Australia. 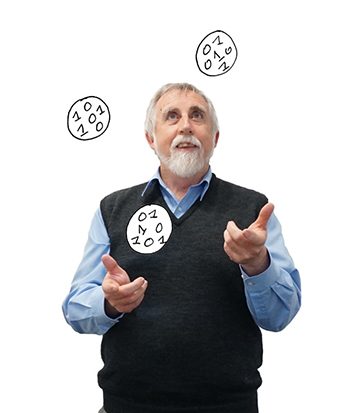 Vincent Quigley is a co-founder and Chief Technical Officer of Klarrio Asia Pacific (APAC). He has over 30 years of industry experience as a technical and business manager in Information Technology, Telecommunications and Education, including with Alcatel-Lucent (now Nokia), Cisco Systems and the University of Technology, Sydney. 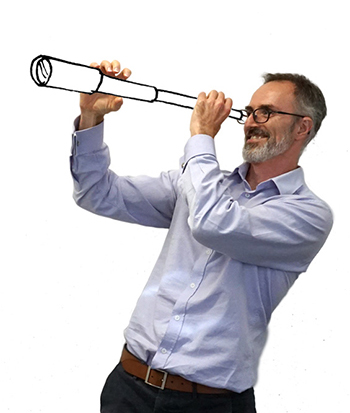 Mark previously worked with Telstra in various roles including head of pricing for broadband/media and fixed-line products; head of corporate strategy; and as General Manager of Mergers & Acquisitions. Prior to Telstra, Mark also worked in investment banking for ABN AMRO. Mark holds a B.E. in Telecommunications (Hons First Class) and MBA (Dean’s List), all from the University of New South Wales, Sydney, Australia. 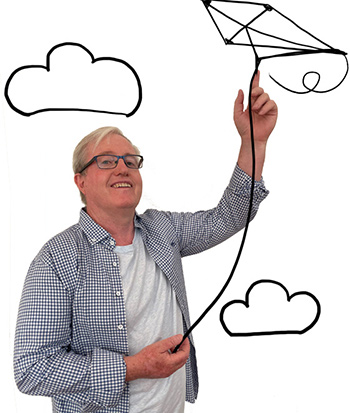 Edward’s focus as Chief Customer Officer is on creating genuine and long-term partnerships with Klarrio APAC’s clients. In so doing, he helps clients define their business needs, translate them into technical requirements, and advise them on how Klarrio can help support their goals

Edward holds a B.E. in Electronics, a B.E (Hons) in Bio Medical Engineering, and a MBA. 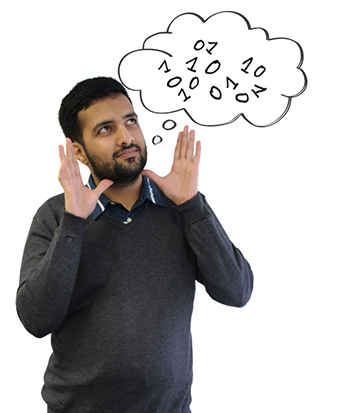 Ammar Ahmed is a software engineer at Klarrio Asia Pacific (APAC). He has a broad range of capabilities across a myriad of Open Source technologies, ranging from DevOps tools (like Ansible, Terraform, Docker, Vagrant, Kubernetes, DC/OS) to software frameworks (in Scala, JavaScript and Go).

One of his main focuses has been on developing both frontend and backend web applications in Angular/React and Scala/Golang. Ammar also works with multi-tenant, real-time, distributed systems based on Apache Kafka. He also has experience in engineering robust data pipelines with Apache Spark.

Prior to Klarrio, Ammar was a vacation scholar at CSIRO Data61. He holds a B.Sc. in Computer Science from the University of Melbourne, Australia. 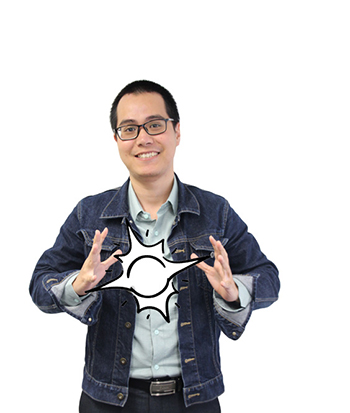 Tam has led Klarrio APAC’s efforts in the development of data science applications in healthcare, education, and music industries.

Prior to Klarrio, Tam worked as a solution engineer at Thinxtra, focusing on IoT projects. He holds a B.E. in Telecommunications from Vietnam, a PhD (Telecommunications) from the University of Technology (UTS), Sydney, Australia. Tam is the recipient of UTS International Research Scholarship. 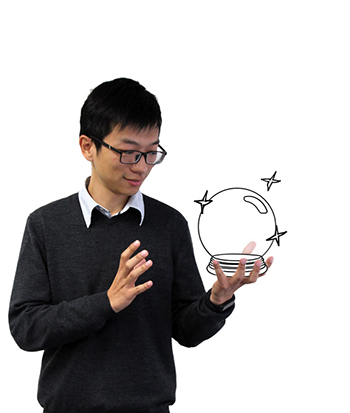 Eric Wang is a Site Reliability Engineer at Klarrio Asia Pacific (APAC). His focus is IT cloud infrastructure architecture, DevOps, and automation-tool development. Eric is part of a global team providing post-build support for the Dutch Telco, KPN.

Eric has 13 years of experience in IT infrastructure design, development and operation. He has extensive expertise with cloud technology stacks, including AWS and Azure, as well as DevOps methodologies and tools (Ansible, Terraform, Jenkins, Mesosphere, Kubernetes, and more). He has also developed many automation tools with Python and Golang.

Prior to joining Klarrio, Eric had an accomplished technology-focused career in the fintech sector, where he was the lead on large cloud infrastructure projects, managing hundreds of servers and storages, and automating application deployment and monitoring. He graduated from Shanghai Jiao Tong University, China, with a double degree (Computer Science & Bio Information). Eric also holds certificates from AWS and RedHat. 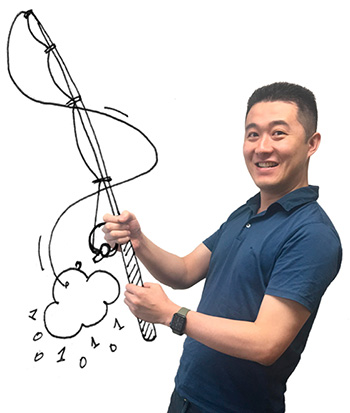 Shu Cheng is a Software Engineer at Klarrio Asia Pacific (APAC). He is an accomplished computer scientist with a strong track record of success in the information technology and services industry.

Shu is skilled in software development, big data technologies, and security analytics. He has major project experience in C++, Java, Scala and Apache Spark. At Klarrio, he is responsible for designing and implementing cloud-based big data solutions. He also has strong system support and customer service skills.

Prior to joining Klarrio, Shu worked as a Game Developer in SEGA and a Support Technician in Data#3. Shu holds a B.Sc. in Mathematics and Applied Mathematics from Shanghai Jiao Tong University, Shanghai, China, and a Masters (Research) in Computer Science from University of Wollongong, Wollongong, Australia. 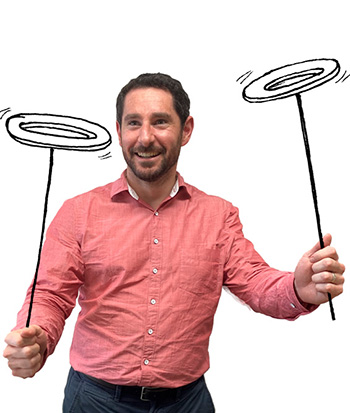 Matthew is a Program Office Lead at Klarrio Asia Pacific (APAC). He specialises in driving businesses forward through the pragmatic application of continuous improvement frameworks including Lean, Agile and Scrum.

Matthew has over 5 years experience in business administration and project management across multiple fields of bio-analytical laboratory testing. Prior to Klarrio, Matthew worked as a Business Unit Manager at Eurofins Scientific. He holds a B.Sc (Advanced) from the Western Sydney University and a B. Medical Science from the University of New South Wales, Sydney, Australia. 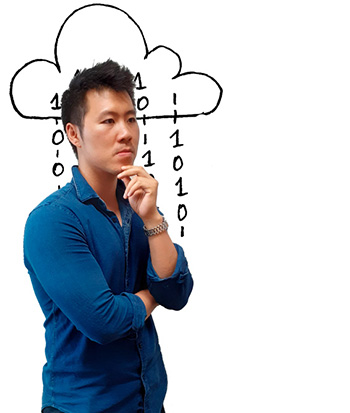 Tri is part of a global team providing post-build support for the Dutch telco, KPN. He has a passion for cloud and big data technologies.

Prior to joining Klarrio, Tri worked as an engineer at Dolby with a focus on building infrastructure software and improving voice detection models for audio enhancement projects. Tri holds a B.E. (Honours) in Electrical and Electronic Engineering, a PhD (Radio Signal Processing) from the University of Canterbury (UC), Christchurch, New Zealand. He is the recipient of Tait Communications Research Scholarship.

Let us accelerate your deployments by leveraging our years of cloud native work.